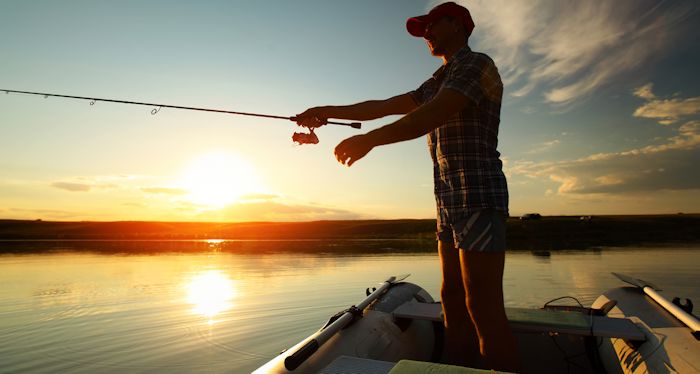 Now that the snow is gone, it’s finally starting to feel like spring here in Wisconsin. After Mother Nature’s not-so-funny April Fool’s joke of yet another winter storm, it’s safe to say the recent sunshine, chirping birds, and warmer temperatures are here to stay. With the longer days of spring comes the kickoff of Wisconsin’s long-awaited fishing opener. Nothing says summer quite like a day out on the lake, casting away, and reeling in a fresh catch. With many of us at Noah Insurance Group being anglers ourselves, we’re shifting our focus for a moment and sharing some our favorite fishing tips and facts for the season.

Spring fishing opener in Wisconsin is typically the first Saturday in May.  However, in some situations fishing season dates vary based on the type of fish and which body of water you plan to fish on. Visit the Wisconsin DNR’s website for a more specific list of dates, species, and zones.

Here’s a breakdown of fishing seasons for some of Northwest Wisconsin’s most popular catches.

Along with the joy of fishing comes rules and regulations. As a general rule of thumb, keep these tips in mind to avoid trouble.

Stay ahead of the game by downloading the Wisconsin DNR’s Fishing, Hunting, and Wildlife App. Now available in the Apple App Store and Google Play, the convenient tool provides users with fishing forecasts, maps, news, and a fish species guide – all at the tap of a finger. You can also see photos and infographics of Wisconsin fishing by following Fishing Wisconsin on Pinterest at http://www.pinterest.com/wdnr/fantastic-fish.

Above all, be safe. While fishing can be fun for all, it can be dangerous as well. When heading out to the lake, pond, river, or stream, remember to pay attention to a few common sense tips:

Good Luck to everyone!

Enter your email to receive our occasional email.
The next step is easy! Contact one of our locations